We are six weeks into 2010 and already it’s touted, certainly around New Orleans, as the year in which dreams come true. We’ve been celebrating since New Year’s Eve, and today, Lundi Gras, is no exception as the Kings of Rex and Zulu land at the riverfront amidst fireworks, live music, and record-breaking crowds.

George and I attended a friend’s annual Lundi Gras party at Commander’s Palace this afternoon, where we donned gold paper crowns, listened to Dixieland jazz, and dined on turtle soup and bread pudding soufflé. It was decadent and joyous, and the famous restaurant echoed with song and laughter. But unknown to anyone around me, I was thinking of neither Carnival nor Super Bowl revelry, but rather of a party far more important in my world: a birthday party. 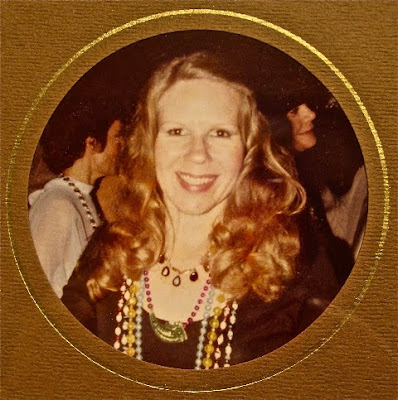 Mignon McClanahan Wolfe, my mom, was born seventy years ago today. She grew up in New Orleans, lived in Sumter, South Carolina, Dover, Delaware, the Orient and Europe, moved to the beaches of north Florida’s gulf coast for twenty-five years, followed another dream to Highlands, North Carolina, and returned finally, in 2003, to a jewel box Acadian house in Abita Springs, Louisiana.

Her parents named her ‘Felix’ because they wanted a boy, and the day she turned eighteen (and received a draft notice) she changed it to ‘Mignon.’ “I’m named after a French actress,” she used to say.

She was a Chemistry major at LSU when her pony tail flipped over her head onto her bunsen burner and caught her hair on fire. And she gained fame as the first student ever to use the lab shower, when her experiment exploded, disintegrating her clothes before her classmates and burning the skin under her watch nearly down to the bone (prompting her switch to the ‘safe’ major of Fine Arts, despite the fact that she had never picked up a paint brush).

She was the kind of person who named her clothes ‘The Mermaid Outfit,’ ‘The Marilyn Dress,’ or the ‘Renaissance Blouse.’ Her tooled leather belts said “Mignon” amidst roses and bluebonnets; her jazz class leotards were turquoise and purple with matching frilly skirts; and she prided herself on the way her ‘heart-shaped behind’ looked in her Gloria Vanderbilt jeans. She wore flowers in her hair, bows on her sandals, and rhinestones on her fingernails. I wanted to be exactly like her. 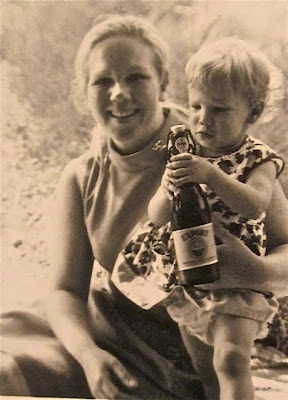 She was single from the time I was six years old, and her dating life was a regular part of the drama around our house. There was Captain Napp the pilot (oh how I wanted her to marry him!), Russ the psychiatrist, Tom who owned a magnificent sailboat, Bob the Lt. Colonel, Mike who drove the monster truck (and carried a step stool in the back just for her), Pete the brown-noser (always trying to win over me and my sister with gifts of prom dresses and such), and I guess that’s a long enough list, lest I tarnish her reputation. (pictured, Key to My Heart by Mignon Wolfe) 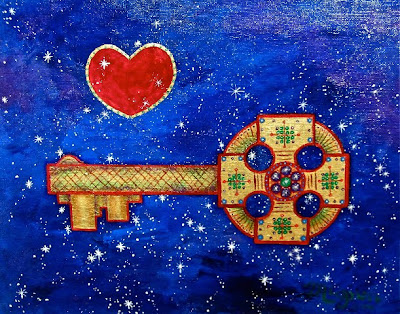 She listened to Don Williams, Charlie Rich, and Donna Summer as she brushed her long hair, and once dressed, she sat at the piano, playing as she awaited her date:

Paint your palette blue and grey

Look out on a summer’s day

With eyes that know the darkness in my soul.*

Once I reached dating age, we’d meet afterwards for late night horror movies in her bedroom, sharing the details of our dates on commercials during The Fly (as we squirmed in chorus, “Help me, Help me….”), Night of the Living Dead, or The Raven. We laughed ourselves silly despite the plotlines, as she reminisced about the rather repulsive (but beloved) Morgus the Magnificent, while convinced that our current hostess Elvira would pop out of her low-cut black gown at any moment.

She wanted to be tall and thin, but instead she was five feet, four inches and struggled with her weight all of her life. Rarely was she as disappointed in me as when I slouched. At five feet, ten inches in the tenth grade, I fought with my mother about what I saw as an awkward, freakish height. Yet somehow she convinced me to parade around our house in her heels, with a book and glass balanced atop my head. 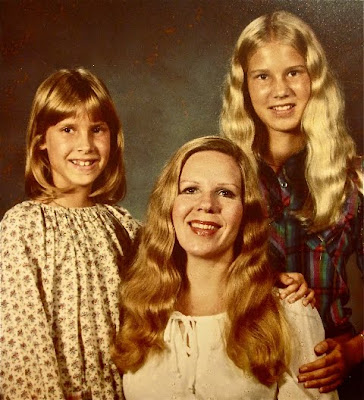 She was immensely clever and generous in all things. She couldn’t type or sew, but somehow she managed to pluck out my school papers on a typewriter from a board over her bathroom sink (lest the typing wake me and my sister if she sat all night at the dining room table), and my Girl Scout patches magically appeared on my sash within a day after I earned them.

When I called her crying from school one day because a wounded bird lay beneath a bush at my bus stop, she canceled appointments and left work to race home. I found the bird later that day nestled in a towel in the corner of her bathtub, where it remained for several weeks until it felt well enough to fly out our window.

And when she went into the hospital with pain in her hip, she took me aside before her x-ray and told me that if she didn’t make it, I should find Chesley Adler (whom she knew from Chesley’s father’s jewelry store, where my mother worked) and tell her that her jewelry designs are beautiful and that my mother believes in her talent and potential.

(pictured, Spring Bouquet an oil painting by Mignon Wolfe, followed by George Rodrigue's tribute to her, Mignon's Flowers, a mixed media and silkscreen based on her painting) 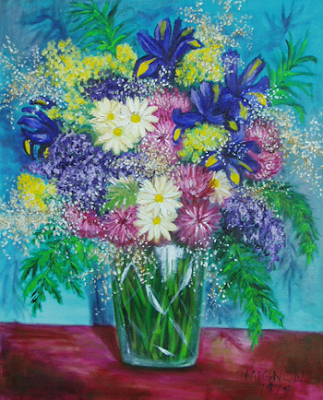 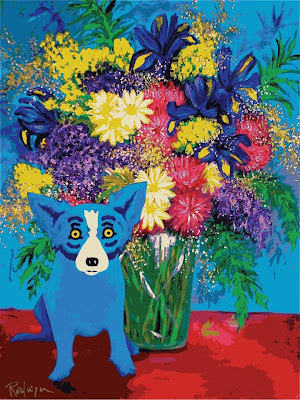 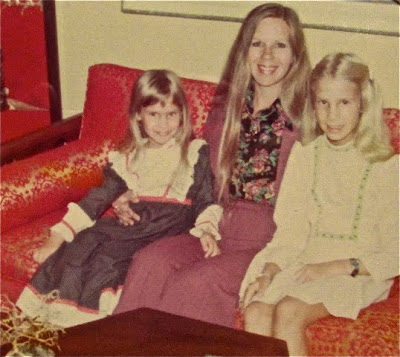 And because you too are invisible, and there’s a chance that some of you, maybe all of you, who read this in a room as quiet as the one in which I write now (blissfully filled with only the soft sound of my husband, now the same age as my mother when she…, breathing in and out as he sleeps beside me), knows exactly how I feel.**

“But I could have told you Vincent

This world was never meant for one as

In 2010, the year that dreams come true, my dream is the impossible one. And yet…

There is a painting I found among my mother’s things that I’d never seen before. It’s only two hands, painted in blue. It hangs in my closet, and sometimes I place my hands on hers and I think she’s there. 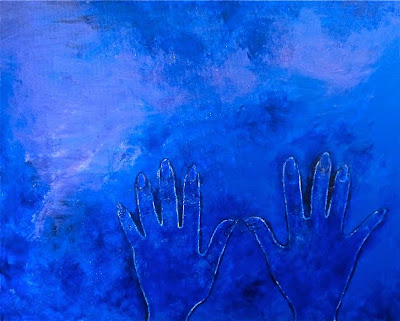 ** "What’s the matter with you? I mean, you think you’re the only one to ever shed a tear” (Loretta speaking to Ronnie, Moonstruck, 1987)

*Lyrics from the song Vincent, by Don McLean

For related posts see "West Jeff: Passing the Hours" from Gambit's Blog of New Orleans and "Looking Back" from Musings