Anyone who knows George Rodrigue describes him as ‘manly.’ He has a deep voice and a large John Wayne-type rib cage; he wears alligator boots and drives a truck; he never misses a football game, and it pains him to attend the ballet or symphony; his favorite movies are The Searchers and High Noon, and his favorite meals are chili dogs and chocolate doughnuts. In short, it would be easy to mistake him for ‘macho,’ for someone devoid of a feminine side.

And yet, he paints flowers, hundreds of them, appearing in probably at least one out of every twenty paintings over the past fifteen years.

George first painted flowers in his Cajun works. These include Evangeline on the Azalea Trail, Jolie Blonde picking roses, or decorative elements in festival posters and portraits, such as his painting of former Louisiana Governor Edwin Edwards. 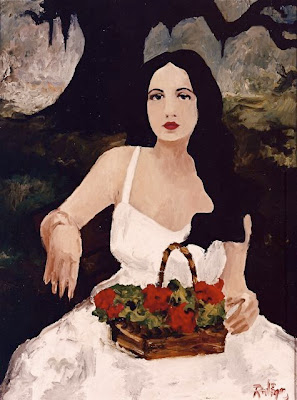 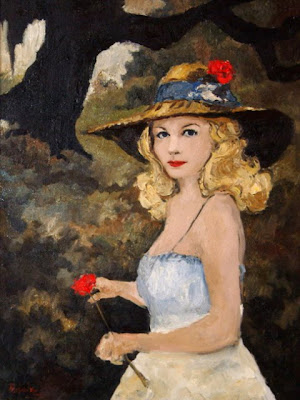 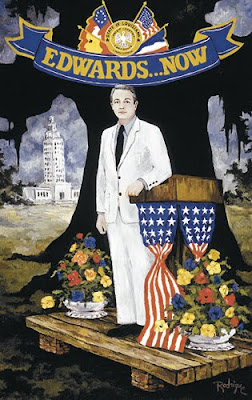 However, he wasn’t as fond of painting flowers in those days as he is today. In the Cajun works, the flowers referred to something in nature, something in South Louisiana, and George struggled with the native plants, especially azalea bushes, which easily shifted to an indistinguishable mass of color on canvas. 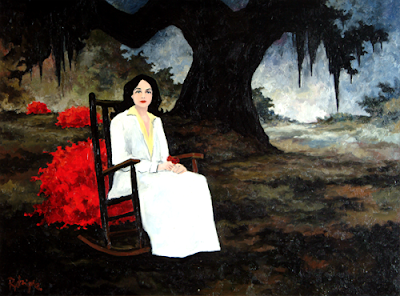 It was in the Blue Dog Series, particularly beginning in the mid-1990s with the silkscreens and later in the more abstract original paintings, that flowers became an important and frequent design element. (pictured, Inner Joy, acrylic on canvas, 2000) 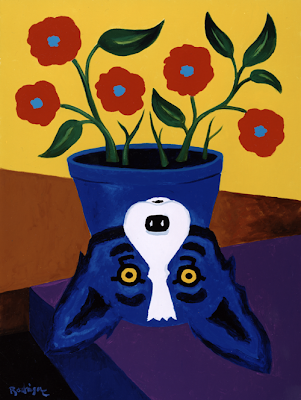 At first George mimicked the dog’s eyes, implying flowers or stars in his designs. (I See You, You See Me, silkscreen, 1993)

“I repeated this pattern so that the dog floated with a bunch of eyes looking at it, looking at us. From that design, I shifted to flowers. The middle of the flower is the eye of the dog, and the petals can be any color.”

(pictured, She's Got Me Waiting with the Wallflowers, acrylic on canvas, 1994) 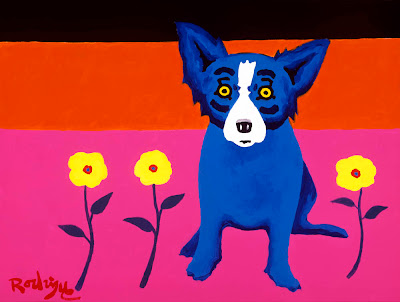 The flowers are simple and strong, in an effort to avoid motel kitsch. This grating reference goes back years for George, to an art contest in the early 1970s in Morgan City, Louisiana, when his oak trees were disqualified in favor of local paintings of magnolia blossoms. (The judges thought George was passing off antique paintings as his own; for more on this see the post The Art Contest) 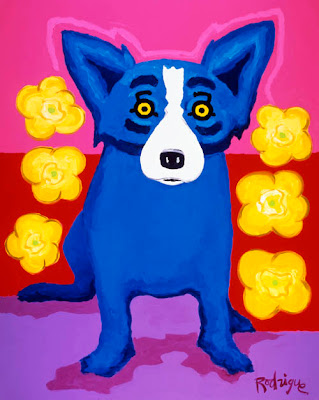 “People ask me what kind of flowers they are, but I have no idea. They’re just petals with eyes in them to me.” 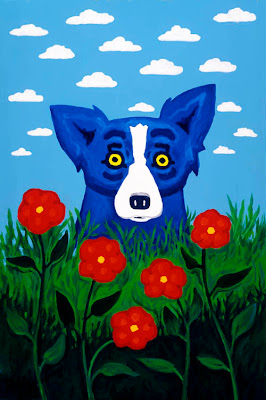 Today Rodrigue paints flowers in the same way he paints swirls. The two are interchangeable in many cases, both simple elements that combine well with the strong Blue Dog shape. (Sock It To Me, 2009, 48x72; Earrings Look Good on Her, 2008, 36x48) 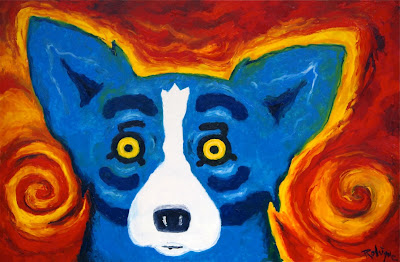 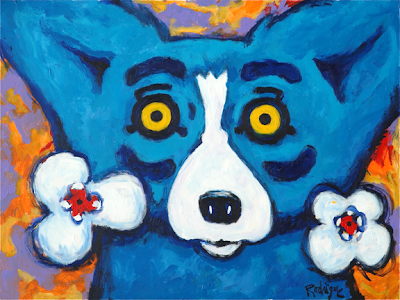 Whereas the flowers reference the eyes and seeing, the swirl is even more abstract in its concept, relating to the cosmos, the universe, or even a hurricane. 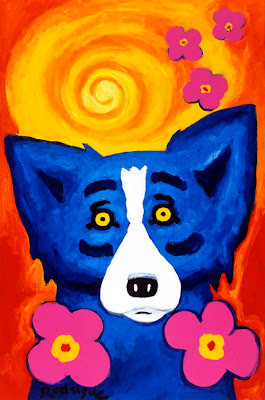 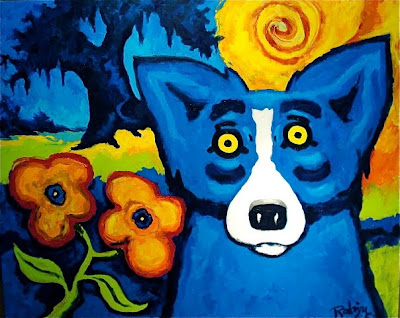 As further evidence of his feminine side (on canvas), he paints the flowers with hearts. Although appalled by motel kitsch, George embraces common symbols, such as stars and stripes for America, and especially hearts for love --- a design element often combined with flowers. (Love Me, Watch Me Grow; and Love's Sneakin' Up On Me, both acrylic on canvas, 2001) 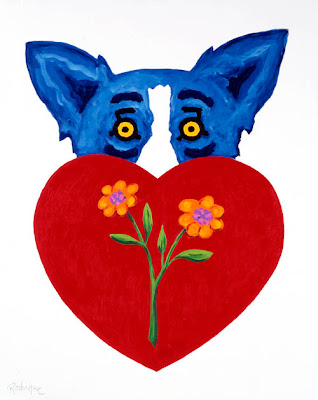 George amplifies these romantic references to love and the universe with his color palette. He ignores nature entirely, embracing pink and purple even when a landscape to the rest of us might call for green or brown. (Springtime in Louisiana, 2005) 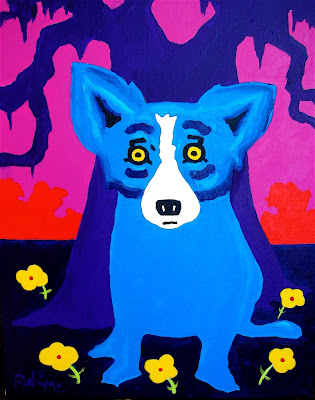 As we all know, George Rodrigue loves color. Without a doubt, there is something endearing about this otherwise masculine and burly guy filling his canvas with flowers, hearts, and the color pink. 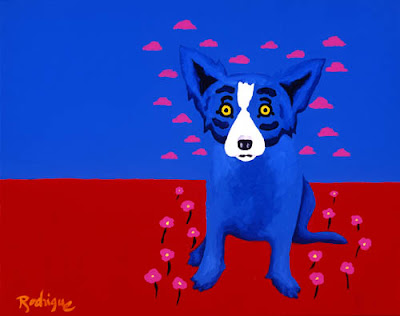