“You just can’t live in Texas unless you’ve got a lot of soul.” – Waylon Jennings

I believe the hype: Texas is bigger and better than anyplace else. As we drive I-10 and listen to ‘Willie’s Place’ on Sirius Radio, I enjoy the long stretches of flat land and occasional hills, the seemingly abandoned towns, and the (today) raging 'dry' creek beds. I’m reminded of Texas pride, about people who recall,

“There is no denying that Lubbock is a wonderful town. That’s where Buddy Holly went to see Elvis!”* 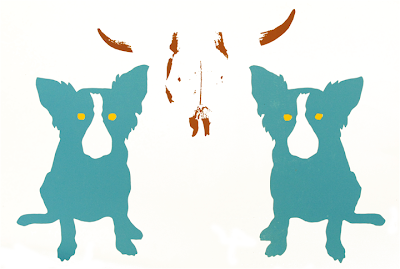 I’ve got Texas in my blood. My grandparents were originally from Fort Worth, and Grandma Helen, shocked at my reluctance to attend LSU, reconsidered her support provided I choose a school ‘in San Antone,’ which I did.

It’s a state of big dreams and even bigger ideas, where my relatives, although dirt poor, named their children after American Presidents: Thomas Jefferson McClanahan, John Adams McClanahan, George Washington McClanahan and more. They lie alongside each other in the tiny town of Stephenville, their important names chiseled on their tombstones to impress future generations. 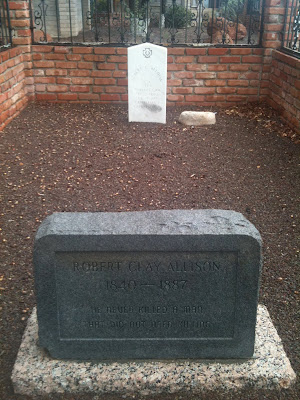 George and I drive across Texas at least once, usually twice, each year, taking one of two routes, with occasional detours if time permits. This week we took the southern route, a bit regretful to my mind (although I didn’t tell George), knowing we would miss the buried cadillacs, the Big Texan, and the smell of cattle in Amarillo, along with the junk shops and grain silos west of Wichita Falls in Vernon, Quanah, and Childress, their steel structures standing like some Bernd and Hilla Becher sight-seeing tour, stark and outlined against the moody Texas sky.

Those photos are for another day, however, because today we traveled George’s favorite route, from Houston to San Antonio to that pivotal (to his mind) Texas town located deep in the heart of nowhere: Fort Stockton. 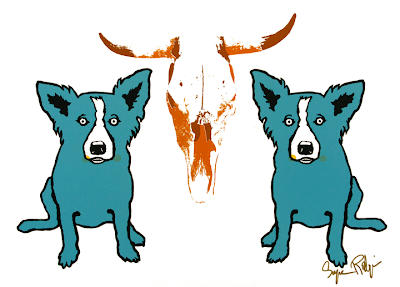 In the seventeen summers that I’ve traveled across the country with George Rodrigue, I’ve probably spent more time than most American adventurers (truckers aside) with Fort Stockton as the long-distance driver’s nirvana. (pictured, photographing the swimming pool at the Fort Stockton Motel) 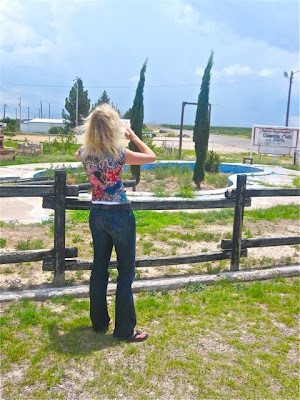 He speaks about it as though it’s a desired, dreamy destination, all because it’s where two highways meet, where our route inevitably turns north (so that we by-pass El Paso and, more important, Van Horn – a frequent stop on our northern route), where the cafes and motels never change, and most of all, because he likes to hear himself say it: 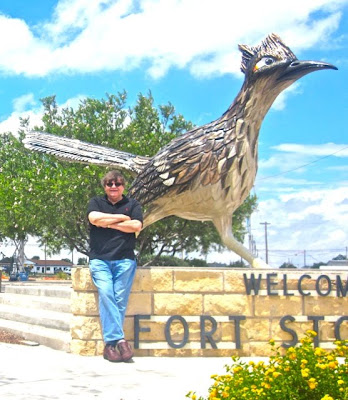 People in Texas are extremely proud of their state, as though they can’t imagine why anyone would live outside of 'the accommodating high 90’s,’ combined with the wafting smell of cattle. A homegrown Texan makes a person feel silly for preferring Honolulu over Kerrville, and they make fun of their own cities with an endearment reserved for locals:

“It’s so dry in Lubbock that the trees were chasing the dogs around.”* 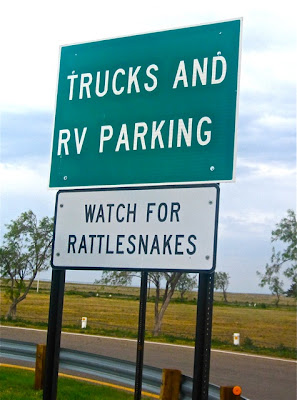 George and I tell Texas stories in our truck. I reminisce about chasing tumbleweeds with my college roommate Debbie and her dad on the outskirts of El Paso:

“It was the first time I’d ever seen one! We left the car in the middle of the street and went running after this mass of twigs into the desert.” 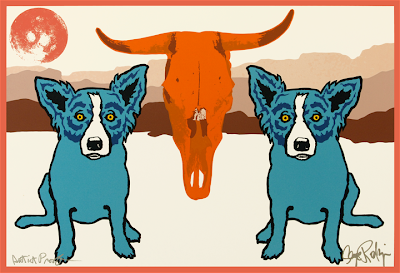 George talks of his long drives on Route 66 back from Art Center in Los Angeles. He relives the dramatic visual change from Texas’s big sky to Louisiana’s tiny horizon, an observation that shaped his landscape approach and resulted in the ‘Rodrigue Oaks.’ 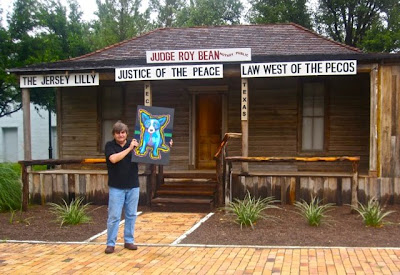 We stop at Dairy Queen for coconut and pineapple blizzards, which we slurp down to the music of our favorite Texan, Waylon Jennings, sending us on another tangent, as we recall the day he died. Distraught, we hid our selves and our sadness from our house full of company. And in the laundry room amidst piles of separated clothes, we danced silently and slowly, before returning to our guests as though everything was fine:

“Amanda, light of my life.

Fate should have made you a gentleman’s wife.”

As we approached Santa Fe early this evening, after twenty hours on the road, the glowing light of our favorite time of day sent long, thin shadows from the short, fat pinon pines, checkering the red and green hills against the bluest sky in America. 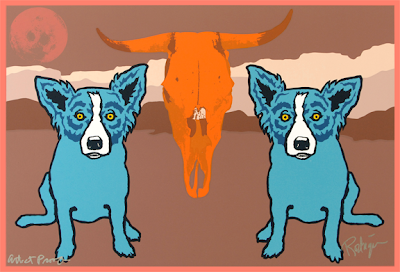 I would write even more about our drive, but I’m distracted. We’ll be in Santa Fe for three nights, visiting friends and making memories, before moving on for a lengthy stay near Four Corners. Tonight, although exhausted, we tune in once again to Willie’s Place for a riveting special report, one they’ve touted for the past two days:

‘Runaway Truck Ramps: Are They Doing Their Job Correctly?’ 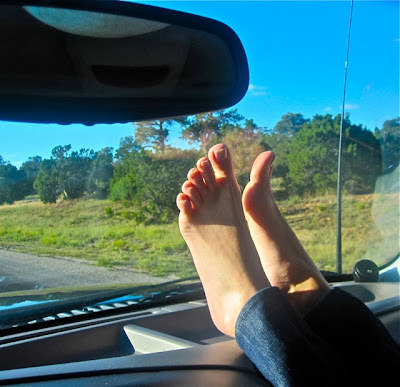 Pictured throughout this post: Various screen proofs of Moo-Cow Blues, an original silkscreen by George Rodrigue, 1993

All photographs taken 6/29/10 by George Rodrigue (or by Wendy, directed by George)

For George's history and paintings inspired by Santa Fe, see the post Rosalea Murphy, the Pink Adobe, and Paintings of Evergreen Lake

For more on our hopelessly politically incorrect truck, see the post, If Not Painting, Then Cars.

Posted by Wendy Rodrigue Magnus at 1:00 AM