It was probably our first date when I asked George Rodrigue,

“How would you describe yourself? What are your best qualities?”

“Goodness,” I said, secretly hoping I could measure up.

It wasn’t until months later, after he’d repeated this list a number of times for various reasons, that I learned it was the Boy Scout law, something he memorized nearly sixty years ago and has taken seriously ever since.
(pictured, Eagle Scout, 2004, acrylic on canvas by George Rodrigue for the National Scouting Museum) 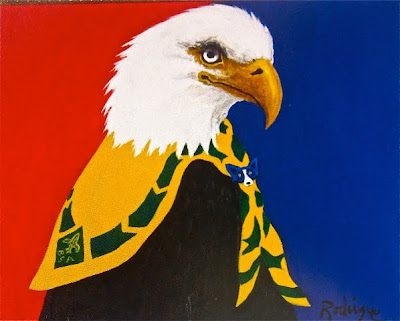 George’s older cousin Donald LaBauve was scoutmaster of Troop Number 136 in New Iberia, Louisiana, part of the Evangeline Area Council. George and Donald’s son Red spent every Monday evening throughout the 1950s working on their merit badges and planning for outings to Camp Thistlethwaite. 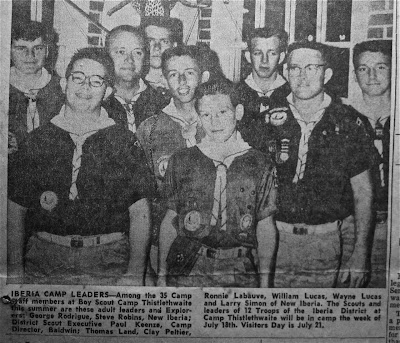 It was in Boy Scouts that George first painted monsters, images so popular among his friends that he transferred them to t-shirts, selling them to earn money for gas. 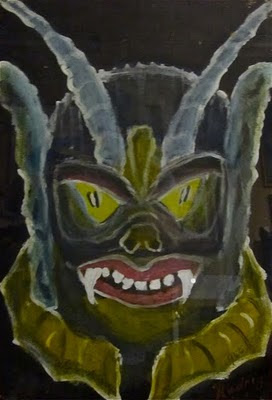 He also learned to play a musical instrument, the bugle, specifically to perform as the ‘echo’ for Taps during a special scouting event. He hid in the bushes and mimicked the older player, who stood in front of the troop and guests. He recalls that when his fellow scout missed the high ‘G,’ George echoed the note perfectly from the shadows, thereby securing his promotion as head bugler going forward. 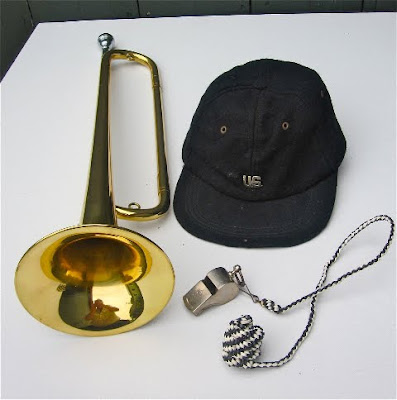 He played baseball as a Boy Scout, following in his father’s footsteps, a minor league pitcher (Big George, pictured below, in New Iberia). 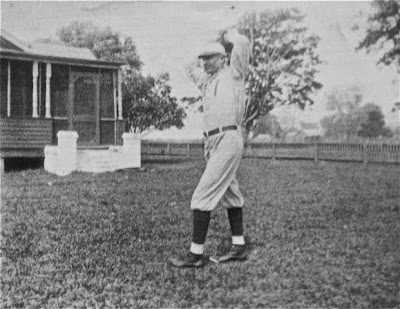 Equally rewarding was the year George won a full scholarship to Philmont Scout Ranch in Cimarron, New Mexico. It was at the National Junior Leader Training Camp that he learned the skills, specifically the ability to teach younger scouts, that eventually earned him the prestigious rank of Eagle Scout. 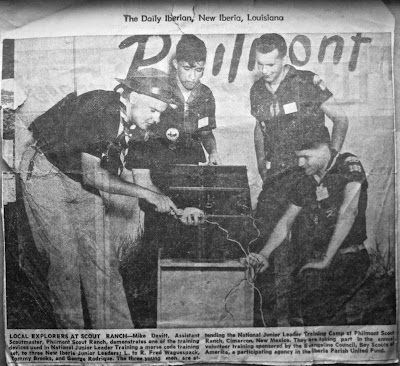 It was hard for me to understand at first George’s pride at this achievement. I was a Girl Scout and earned badges by playing the harmonica, selling cookies door-to-door, and plaster-casting squirrel tracks. I spent a week or more each summer in a tent or cabin somewhere in the north Florida woods, cooking over the fire and stringing our food high in the tree, lest the bears get to it.
It was a wonderful part of my childhood, but by the sixth grade I didn’t care anymore, and today I’d be hard-pressed to put my hands on my sash, and I’m sure the harmonica went to Goodwill years ago.
And yet within the curio cabinets of George Rodrigue’s studio, carefully placed among the numerous awards and keys to cities and photographs with presidents, are his merit badge, his bugle, and his Eagle Scout pin.

He does speak with regret about the ceremony he missed:

“It was a big deal, Wendy. Everyone gathered at the Iberia Parish Courthouse.”

But in 1960, sixteen-year old George, home sick with the mumps, missed the Eagle Scout presentation. His cousin Red stood in for him at the courthouse and afterwards the entire troop visited George at home and pinned his pajamas. 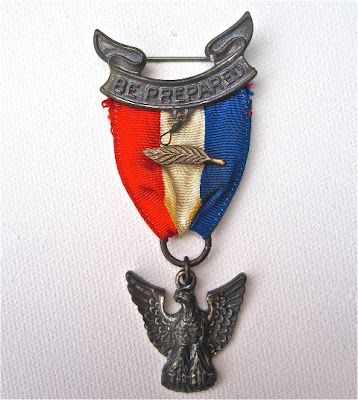 In 2004 the Boy Scouts of America asked George to commemorate his experience with a painting. They specifically requested the Blue Dog; however George, as with his Jazz Fest posters of 1995, 1996, and 2000, wondered at its relevance. In the end, he focused on the American bald eagle as the painting's subject and incorporated the Blue Dog as a neckerchief slide.
George was honored by this commission not only because of his past, but also because he joins the great tradition of artist Norman Rockwell and his Boy Scout paintings. Selections from the Boy Scouts' collection, including both Rodrigue's Eagle and Rockwell's Pinning (pictured below), tour U.S. museums. We attended one such special exhibition, on view during 2008 in the Great Hall of the New Orleans Museum of Art. 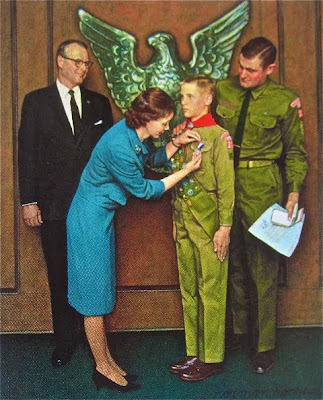 Today, when not on tour, George’s painting remains on view with the Rockwells and other fine original works at the National Scouting Museum in Irving, Texas. 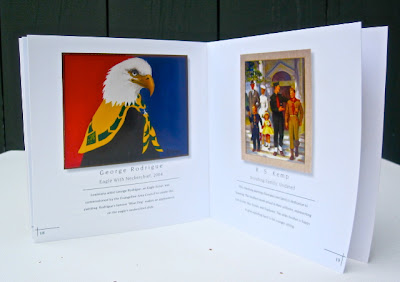 Finally, I’m reminded of a story George often recounts as pivotal. It was his last summer at Camp Thistlethwaite near Opelousas, Louisiana, where he worked in the general store. His enthusiasm for scouting waned that summer, as he looked towards college and concentrated on his art studies. He tells of his last day as an active scout, recalling clearly his thoughts as he swept the dust out the door of the store:

“This is the last time I will hold a broom; and I will never work for someone else again.”

It was a personal and symbolic pledge, for better or worse, which he kept. 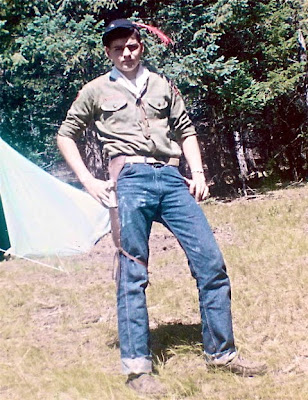 It was scouting that gave George independence, confidence, and pride. Sometimes I think even today that he approaches a project as though it results in a merit badge. Although it appears on the outside that he moved on after high school, inside George remains ‘trustworthy, loyal, helpful, friendly, courteous, kind, obedient, cheerful, thrifty, brave, clean, and reverent.’ He remains, always, an Eagle Scout.
Wendy
For a related post see "A Distinguished Eagle Scout"