Saint George (And the Rats)

Since the beginning of our relationship, George Rodrigue faced the challenge of my great expectations. Like all little girls, I hoped to marry a knight on a white horse, the one who rescues the damsel in distress and takes care of all things icky. The name ‘George’ was my favorite, even as a child, because it brought to mind Saint George and the Dragon. I had several brave and clever goldfish named George, and after reading E.M. Forster’s A Room with a View, the dashing George Emerson sealed the deal. 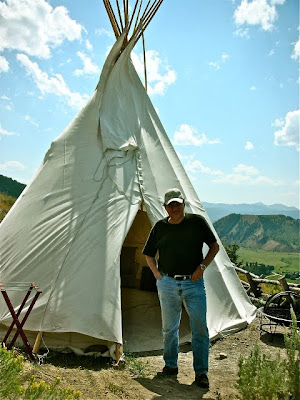 It’s in an unlikely place, Carmel, California, that my George’s bravery and heroism is routinely put to the test.

We’re in Carmel now for a few weeks, in a house that’s sat empty since last August, as we wrangled with closings and construction on the new Rodrigue Gallery in New Orleans.

Our house is on eighteen acres in Carmel Valley, nowhere near the beach, and no matter what we do, no matter how much wire mesh, metal plates, and sealing of all kinds, we just can’t keep the critters out. The house belongs to the woodland creatures most of the year, and judging from the nest of mice in my desk drawer, the baby skunks beneath the porch, and the snakeskin under the sofa, they make themselves at home. 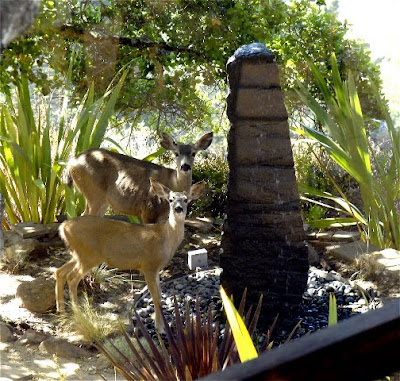 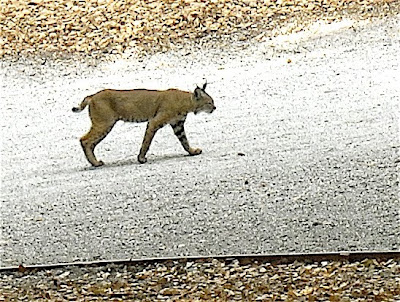 Normally we gently relocate these animals upon our arrival. However, several years ago when the wood rats moved in, George and I suffered a complete marital breakdown. It started with these words:

“I can handle this Wendy. There’s no need to call the exterminator.”

He bought mousetraps and placed them throughout the house, baiting them with pecans and peanut butter each evening, only to find the food and the traps gone the next day.

It was a bathroom visit in the middle of the night that nearly sent me packing, when I came across a rat the size of a small dog dragging a trap down the hall to some secret storage room we have yet to find. At 2:00 a.m., responding to my hysteria, my hero brought out the BIG trap, nailed it to a 2x4, and placed it in the middle of the bedroom:

“I’d like to see him haul this off!" exclaimed the knight.

The next morning the food was gone, the trap remained, and the distressed damsel stated her ultimatum:

“Either we call the exterminator today, or I’m leaving.”

Meanwhile, we could hear them, the party animals under our floors, running within the heating vents and poking their noses and whiskers through the grates, scratching, sniffing, taunting, totally freaking me out.

The exterminator scheduled for the following day, and George begged me to stay one more night.

My creative artist spent the entire day building a trap, basically a large cardboard box attached to a smaller cardboard box, with a guillotine-type wooden blade poised to slide between the two (a design he copyrighted). He filled the larger box with nuts.

“They’ll all come running!” he exclaimed, as if this would make me happy. 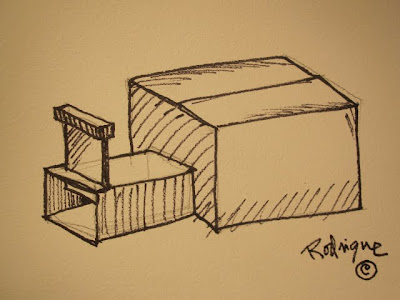 He then duct-taped the entire contraption to the now-open heating grate in our bathroom. I watched and commented,

“George, what’s to keep them from eating through the cardboard?”

“They won’t, Wendy. They’ll be too busy eating the nuts.”

I drank a bottle of wine and went to bed, leaving him on rodent-watch in the bathroom.

The next morning as George snored without a care, I peeked into the bathroom, where I found the mangled box and now sealed heating grate. No sign of the nuts. Questioning my knight, I received a runaround explanation so outrageous that I can’t begin to recreate it here. In a nutshell: the rats were too fast.

The exterminator arrived and spoke to George as though I didn’t exist, explaining that the fires that summer had driven the rats out of the hills, creating the worst infestation in the area's history. It seems our house was on their super highway to the coast. I walked off, confident that the added testosterone could handle the situation. Following a twenty-minute powwow, they called me over. I overheard George as I approached:

“She’ll never believe me. You have to tell her.”

And with that, I heard perhaps the dumbest speech of my life:

“Ma’am, you live in the country. The animals were here long before you. If I put poison out, it’ll just attract ‘em. Best thing is to leave it alone and let your husband handle it with the traps.” 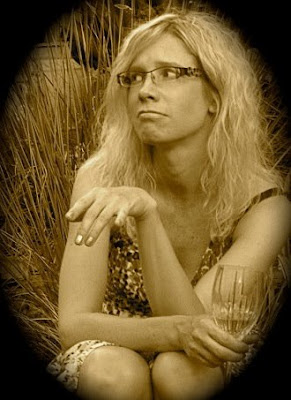 As I stared at both of them, they retreated in fear:

“Are you out of your minds?! You, who drives around with a giant metal rat screwed to the top of your truck, and You, who prefers to live with a rat in the bedroom rather than set some poison, just for the challenge of out-smarting it! What exactly are you saying? The rats win?!”

(I should note that I am a person who rescues ants, spiders, beetles, and all of their friends, placing them carefully outside. But this was too much. I mean, the rats were living in the bedroom. One way or another, they had to go. We did use special poison boxes lifted on mason blocks, with hopes of sparing the birds, bunnies, foxes, etc)

And so we killed them. I don’t know how many. In the evenings we saw them, bloated and staggering about on the deck. We lit candles and burned incense to mask the stench of decay seeping through the walls. We were like a giant roach motel. 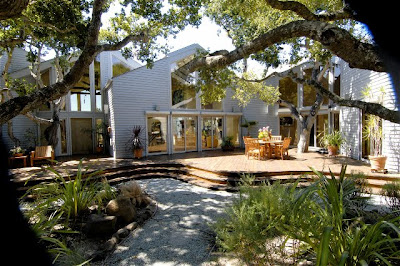 The buzzards circled our house and lived in our trees for weeks collecting the bodies. I do recall swimming in the pool with my sister one day as a dead rat flew through the sky over our heads into the far bushes. George, having his fun at last, called from the deck,

“Did you see the size of that thing? Watch the birds get this one, Girls! ” 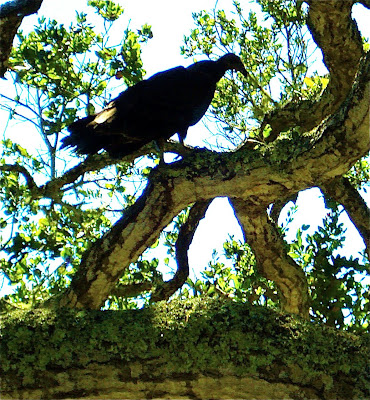 At last, the killing stopped. That was two summers ago, and we haven’t laid poison since. There’s a woman in charge, and even if the men don’t know it, the rats do.

And yet, I flatter myself.

Just this week, as I walked across the house from my office to George’s studio, I stopped cold, my path blocked in the living room by the largest lizard-type thing I’ve ever seen outside of a zoo. I screamed for George. 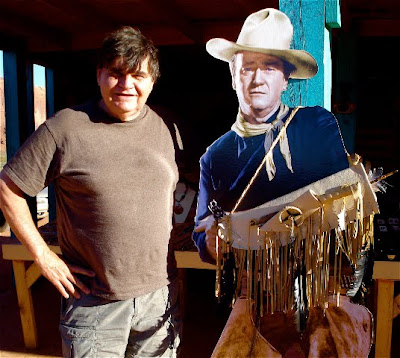 *After much discussion, as this large reptile sat between us, my knight trapped it with a bath towel and tossed it into the woods.

And if you thought this post was fun, be sure and check out my sister's blog "Adventures of a BMX Mom," specifically her recent re-cap on public restrooms. I'm still chuckling about a certain belt buckle!

Coming this Saturday, a sobering but fascinating post: "Paintings for the Flora Levy Lecture Series at the University of Louisiana at Lafayette"