Two years after opening The Rodrigue Gallery of New Orleans, George Rodrigue followed in 1991 with Galerie Blue Dog in Carmel, California.* That first summer, as he installed his paintings and established himself in the tiny seaside community, a southern gal walked in smiling and reminded him,

“Don’t you remember me? We met years ago in Baton Rouge, and I’ve always been a big fan. Need any help with your new place?”

Sandra Constantino Crake is a woman as proud of her Italian heritage as she is of her Southern one. She’s an Arkansas native who grew up in Lubbock, Texas and moved in the late 1950s to Baton Rouge, Louisiana, where she remained for more than thirty years. She attended LSU, raised a family, partnered with her husband in running a successful business, and designed, decorated, and self-contracted her family estate, “The Crake Myrtles.” 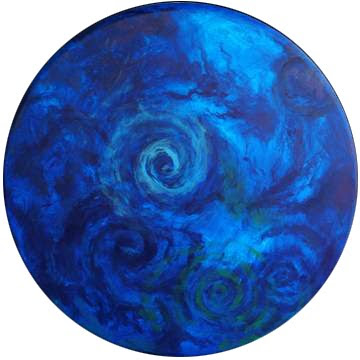 She’s a chef, a gourmet in every sense of the word, with the kind of confidence that reproduces complicated cover recipes of chocolate butterflies alighting on pears. She attended Roger Verge’s Moulin Cooking School in the South of France and struck up friendships over the years with star chefs Jacques Pepin and Hubert Keller. 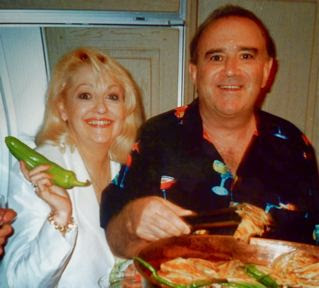 She’s the kind of person who shows up for beach parties with Cornish hens skewered on broom handles. She orders live crawfish from Louisiana, boils them in her tiny Carmel kitchen, and pulls out of the pot (and relocates to a pond) any shellfish with enough energy to tap for its life on the underside of the lid. 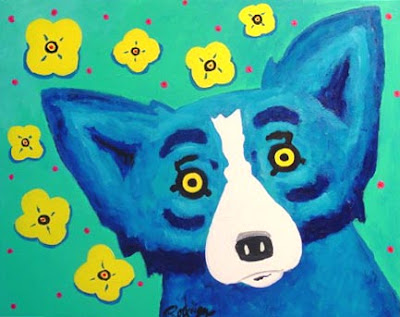 She hangs Blue Dogs on her walls, but she rescues cats, harboring half a dozen or more at one time and giving them names like Kikiboo (below left) and Contesta Prieta Escondio Crake (below right, a Japanese Bobtail that stole her heart in Mexico). 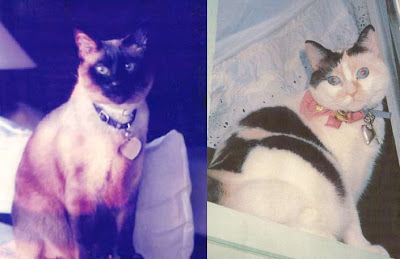 In the twenty years she’s been with Rodrigue Studio she’s cultivated some of George’s biggest collectors, even one of the very chefs that helped hone her culinary skills. The vast majority of Sandra’s clients remain consistent as buyers and have shown her loyalty and respect for years, trusting both her intuition and knowledge as they expand their Rodrigue collections.

She remembers not only their purchases, near-misses, and tastes, but also their birthdays, names of their children and pets, and whether or not she should give them a hard time following an LSU victory.

As much as George and I appreciate her as an individual, however, it is her contribution as a dedicated, enthusiastic, glass-half-full member of our staff that we most cherish. After all of these years, she takes initiative and goes the extra mile, treating our business with the same care that she treated her own. Sandra would be the first to share this credit and a similar sentiment with her co-workers: Mary in Carmel; Lawrence, Rhonda and Amanda in New Orleans; Dickie in Lafayette; and the many behind-the-scenes people that make the sales of Rodrigue paintings and prints run smoothly. 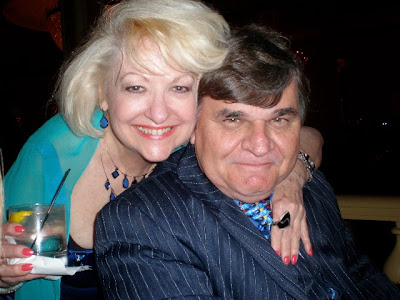 Here's to you, Sandra, with admiration and gratitude-

Coming this Saturday: “Wendy and George: The Best of Musings and Paintings,” celebrating one year of Musings of An Artist’s Wife

Posted by Wendy Rodrigue Magnus at 7:20 AM