The Ragin’ Cajun (The Art of the Trade)

Granted I’m biased, however I’ve witnessed over the years that most people, men and women, find George Rodrigue downright charming. It’s something about that Cajun accent combined with the Snagglepuss laugh and his down-to-earth demeanor that reels in both friends and strangers alike.

This is a handy character trait regarding his business. For years George sold his art himself, either on the road from the trunk of his car or from his gallery in Lafayette, Louisiana. Even today, although our capable staff handles the transactions, on rare occasions he still turns on the charm to close a sale (and, frankly, because it comes naturally as he describes his art). 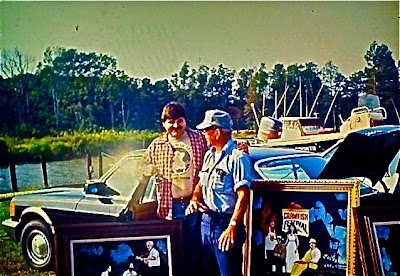 (note: among other things, the photograph above, circa 1984, features the original painting that inspired the 1984 Breaux Bridge Crawfish Festival poster; also notice that George is wearing a t-shirt featuring his 1974 painting of Jolie Blonde)

Although he avoids trading in recent years, early on this wheeling and dealing was a regular part of his business. Oftentimes this was because the person walking through his door had no more money in his pocket than George. If they loved the painting enough and in turn had something interesting to offer, the barter was complete.

George tells a story of a young man who visited his gallery on Pinhook Road* during the 1970s. He remembers these early clients because they were scarce. (It was not unusual for an entire week to pass without a person walking through the door.) This shoe salesman from Yazoo City, Mississippi traveled through town once each month, always stopping in for a dose of this charismatic Cajun and his jewel-like black trees. Eventually the two struck a deal. George gave him a painting and received in turn (over the next several years) thirty pairs of shoes.

(pictured: Rodrigue Gallery on Pinhook Road; see the post "A Gallery of His Own") 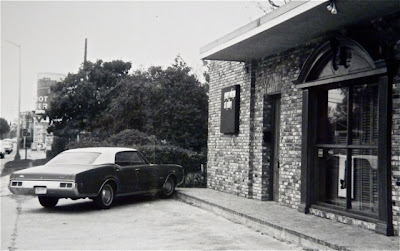 Several years later in a similar scenario, George traded a newly completed painting for a set of shiny chrome rims.

As I said, those were the old days, so I haven’t seen much of this Wild West-type bartering in person. However, one incident does stand out regarding another artist. George and I admired his paintings, and he seemed flattered with the attention, as he followed George’s career for years. We offered him a trade in exchange for one of his large canvases. When George delivered his own large-scale painting, however, the artist exclaimed,

“But you can’t give me the same size! Your paintings bring more money than mine!”

To which George replied,

“But we’ll enjoy yours just as much. Size for size; it’s only fair.”

Turns out he made a number of these art-for-art trades early on in his career, and as a result we have a wonderful collection not just of art, but also of artist-friends.

On one occasion, George got such a kick out of a trade that he painted a picture of the transaction. Rodney Fontenot, known as the Ragin’ Cajun,* was an antiques dealer from the tiny town of Ville Platte, Louisiana, specializing in architectural elements such as plantation shutters, fences, and flooring. 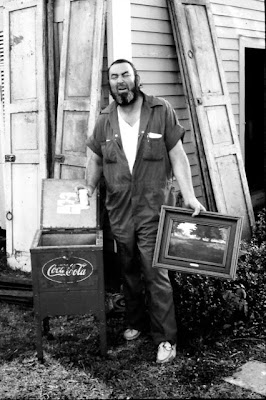 George first met Rodney in the 1970s at his junk shop located off a then-questionable section* of Magazine Street in New Orleans. The two Cajuns hit it off right away, and the Ragin’ Cajun became George’s source for all kinds of (according to George) necessary oddities.

This included an old Coca-Cola icebox, which he decided was perfect for storing paint. Strapped for cash, he offered a painting in exchange, and the deal was done. A few years later, in 1978, he recorded the transaction in a painting. (40x30, oil on canvas) 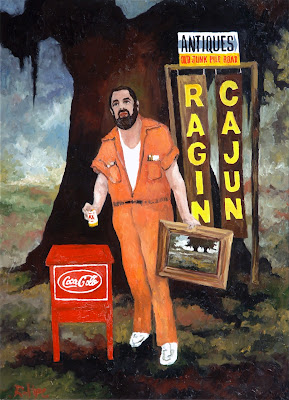 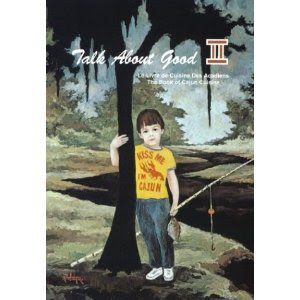 The Ragin’ Cajun does remind me of a later Rodrigue painting, this one featuring George’s son Jacques with the Blue Dog, Paint Me Back Into Your Life. 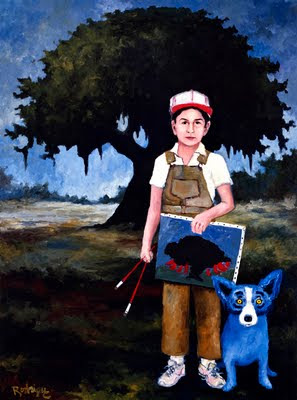 Up and down on his luck, Rodney Fontenot moved his junk shop from New Orleans to Opelousas, then Lafayette, and finally home to Ville Platte. Several times a year he closed up shop and traveled the country in a gutted out motor home in search of antiques. George tells of one instance when the Ragin’ Cajun called from a small town in North Carolina:

“George, you still lookin’ for a fence?” (knowing he wanted an original rod-iron fence with the bolts for his gallery on Jefferson Street)

Rodney returned to Lafayette, towing the fence on a beat-up trailer. Upon inspection, George discovered that the fence too was mangled. Turns out the Ragin’ Cajun negotiated his purchase from the crooked caretaker of a graveyard, who also loaned him an old trailer, complete with missing rear lights. Late one night as he drove home to Ville Platte, an 18-wheeler, unable to see, drove right over the trailer (and the fence). According to George,

“We renegotiated the price.”

Other memorable Ragin' Cajun acquisitions include an original 1950s barber’s chair* and a Coca-Cola machine, complete with the 7-cents sticker, added when the price of a coke increased by a penny. 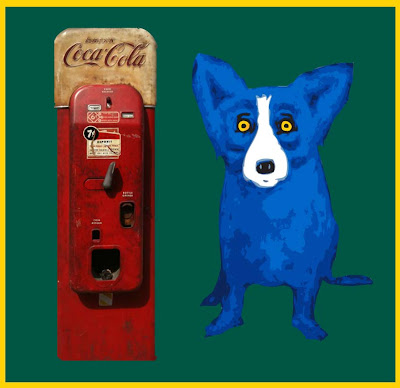 (note: the image above features George's actual Coca-Cola machine and is a preliminary design for a silkscreen due out later this fall)
Today this coke machine sits on display in George’s Lafayette warehouse, a reminder of long lost friends and good ol’ days.
Wendy 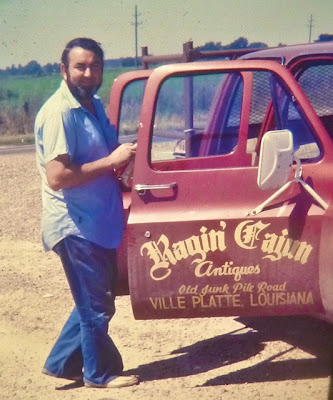 *although the label ‘Ragin’ Cajun’ is fairly common today, Rodney Fontenot (pictured above) claimed to be the original

*before I-10, salesmen traveled Pinhook Road, formerly Hwy 90, which followed the Old Spanish Trail from New Orleans to the West

* regarding the ‘questionable section of Magazine Street’: One time Johnny Cash and June Carter stopped by on a hot summer’s day. When they wanted a coke, the Ragin’ Cajun sent them to the corner store and told them,

“Make sure you buy two cokes each: one to drink and one to throw at the muggers.”

*for more on the barber’s chair and a related painting, see the post “Broussard’s Barber Shop”

Coming this Wednesday: "Nature Girl (The Art of Modeling)"