A Big Dog in Texas


“This is where we lose the mountains,” 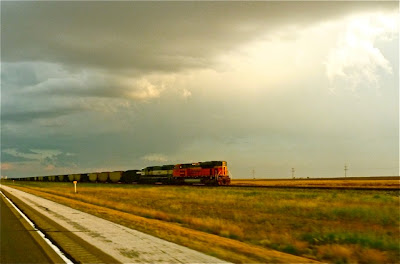 We’re crossing Texas again, the return trip of a journey begun in June. Unlike the drive west through Houston and Fort Stockton, we’re traveling the northern route, passing some of our favorite sites including Graffiti (1974), ten buried cadillacs just outside of Amarillo, an art installation wedged (with room to spare) between cotton fields and cattle feedlots. 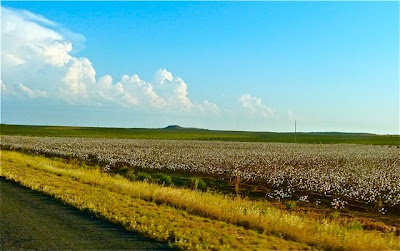 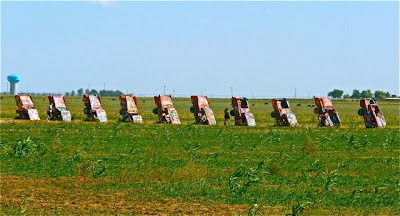 This is the gateway to my favorite stretch of American road, three hundred and forty miles on Hwy 287 between Amarillo and Fort Worth. I take the wheel here, wanting the responsibility of rolling slowly through near-deserted West Texas towns. 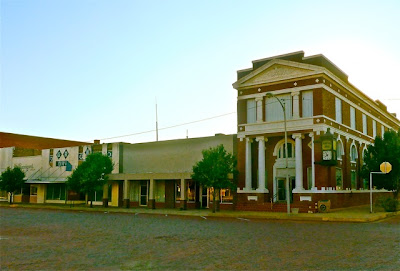 It was late afternoon, and we made the mistake of trading Willy’s Place for the Saints Radio Network.* Following the game, we drove in silence.

“What are you thinking about?” I asked George. 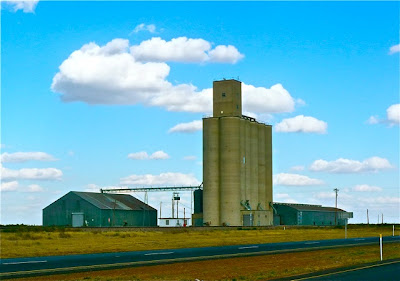 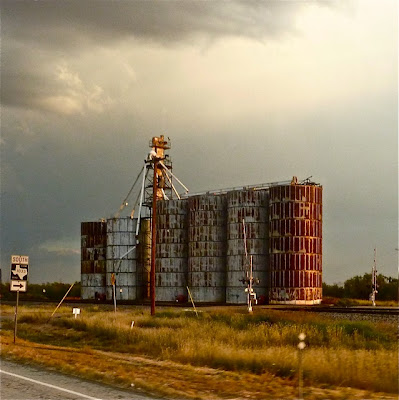 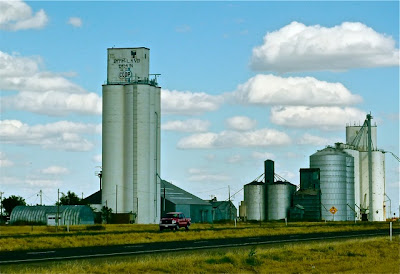 Responsible for photographs, George indulged not only his visual passions but also mine, especially when it came to grain silos. Unlike the stark Bernd and Hilla Becher images that first alerted me to the large metal structures, his images include the sky and surroundings, the sun and shadows, the pervasive bigness of Texas. 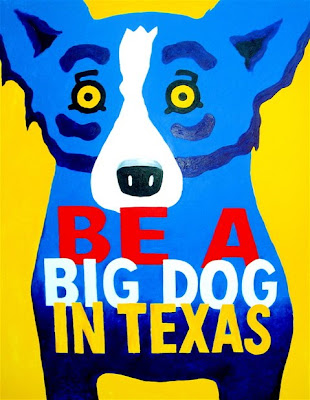 He rolled down the window and, although the sun still shined, we smelled the rain awaiting us near Shreveport, a warm, almost attic-type musty scent (foreign to central California) that reminds us of home.

“Where’s that antique shop?” George wondered aloud, “the one where we bought the metal signs for Café Tee George?”

We remembered the restaurant in Lafayette, Louisiana that burned more than ten years ago. 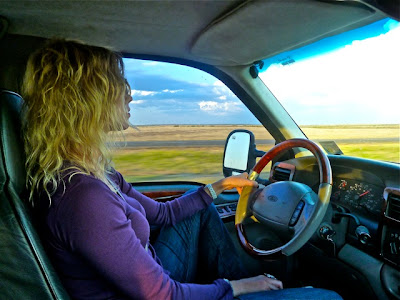 “In Quanah,” I replied, “another sixty miles. As I recall, there’s a fantastic silo across the street.”

*the Saints lost to Arizona, 30-20. Recalling better days, visit the posts “Who Dat?!” and “A Happiness Epidemic”

-all photographs by George Rodrigue, October 2010

-coming this weekend: “An Artistic Pilgrimage to Galisteo and Santa Fe Inspires Rodrigue”