Counting on Art (and Painting by Numbers)

George Rodrigue first picked up a paintbrush in 1953 when his mother brought him the latest American craze, paint by number sets, to ease his boredom as he lie sick in bed with polio. By the early Fifties the masses saw paint by number as affordable, do-it-yourself art. But even as a young boy, George objected, turning the canvases over and painting his own designs on the back.

(Pictured, a paint by number mock-up inspired by this post; George Rodrigue, 2011) 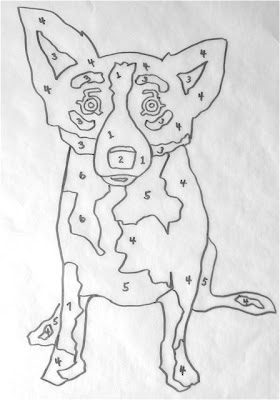 The concept parallels today’s computerized books. The mechanized process of writing itself signals (sadly) the end of script, diaries, and the personal Christmas card.

Yet the changes are here, and to ignore them means living in the past and losing one’s audience. 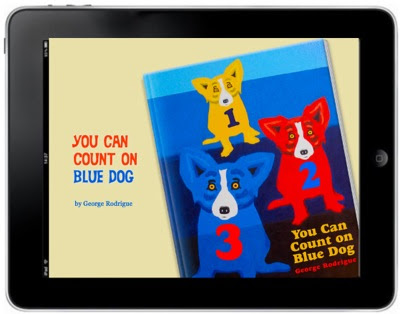 (Pictured above, You Can Count on Blue Dog, an eBook and iPad app for children. For a free download to your iPad visit here)

In the 1950s paint by number became “an adult metaphor for the commercialization and mechanization of culture,”* a phrase that rings equally true today as text messaging replaces the complete sentence and recorded voices replace parents. 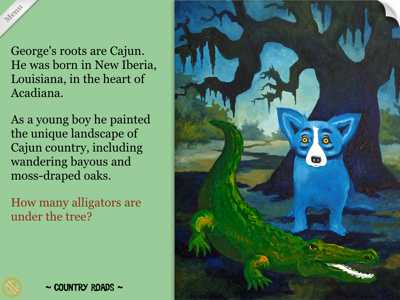 Paint by number decorated one's walls. It did not speak to emotion or inspiration. It did not break new ground in terms of personal expression. And yet the companies marketed their do-it-yourself art, images of country lanes, Paris street scenes, and (the most popular) re-creations of da Vinci’s Last Supper with slogans like

“You don’t have to be an artist to produce a masterpiece.”

(pictured below, a paint by number by Wally Williams from the collection of Douglas Shiell, 1981) 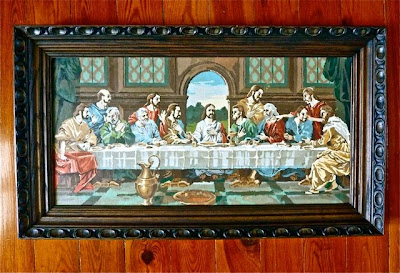 For that matter, perhaps blogging is the paint by number of today, making writers of us all.

Ironically, the computerized blogging process prompted my return to handwriting. A bit old-fashioned in this regard, I never abandoned script completely, as that would mean the end of the proper thank-you note. Yet day-to-day writing by hand is archaic, lost like records and paperbacks to the more convenient and economical digital age. 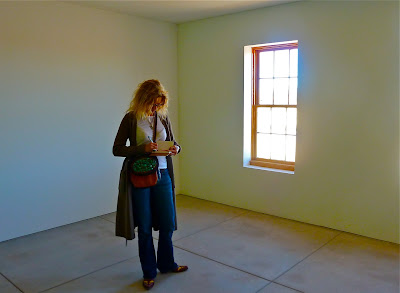 (photographs above and below by George Rodrigue; taking notes last month at the Chinati Foundation, Marfa, Texas, resulting in stories for both Musings and Gambit)

For my stories, I take notes and draw diagrams, starring the important items and crossing through the addressed ones, deviating only while driving, when the iPhone becomes my tape recorder. 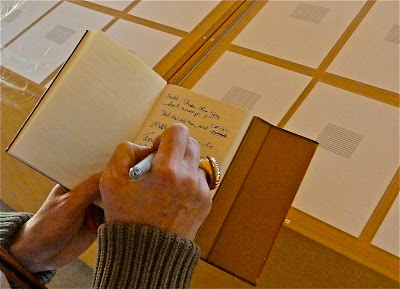 As I took notes at a café in Marfa, Texas recently, George talked about paint by number:

“There was an explosion of housing after World War II, and there was nothing to hang on the walls. Using paint by number, people painted the pictures themselves to decorate their homes, infuriating the art world.

“It was extremely popular, produced in factories similar to automobile plants. In addition to the canvas and paints, the companies provided instructions for framing, along with how to group the finished works on the wall.” GR

(pictured, “The Palmer Paint Company and art department at Woodward and Canfield in downtown Detroit, 1953”*)

Paint by number is craft, not art, and its public embrace during the height of Abstract Expressionism horrified museums and critics. It defined the extremes of high art versus low art, further distancing the art world from the real world.

Furthermore, the phenomenon appeared immune to demographics. All incomes enjoyed this affordable medium, and those people that might otherwise purchase ‘real art’ took pride in their own work instead.

Although no longer the rage, 1950s paint by number remains collectible today as a faded slice of American culture. Artist Andy Warhol questioned its role as craft versus art in his “Do-it-Yourself” series from the 1960s. He appropriated (or copied) the designs directly from paint-by-number sets. 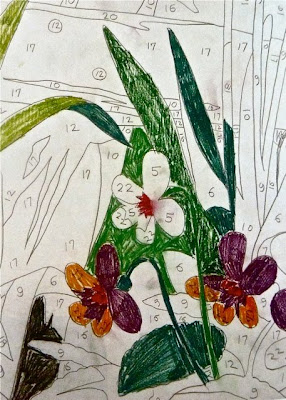 (pictured, pencil and colored pencil on paper by Andy Warhol, 1962; collection of the Offentliche Kunstsammlung Basel*)

“Warhol often complained that painting was ‘too hard.’ These examples of [his] most exquisite paintings began with the outline of a numbered picture. [He] projected the image…to canvas, tracing the outline with the flat of his pencil. [He] then painted the color blocks and applied Prestype numerals for a decorative effect.”

It seems incredulous to me that books and handwriting walk this path today. In another fifty years, how many young girls will read their grandmother’s diaries or recognize her script?

Photography, a medium that battled for years for recognition as a legitimate art form now suffers through its own digital controversy. 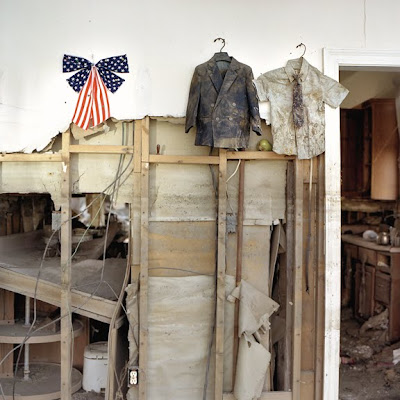 I leave you with one flag and two shirts (above), a photograph by Tabitha Soren. View more of her post-Katrina images in the story “Tabitha Soren: Uprooted” in this week's Gambit’s Blog of New Orleans.

*Paint by Number: The How-to Craze that Swept the Nation, by William L. Bird, Jr., published by Princeton Architectural Press in association with the Smithsonian Institution for a corresponding exhibition in 2001

George Rodrigue’s iPad app, You Can Count On Blue Dog, would not have happened without the talented students of the Academy of Interactive Entertainment, the resourcefulness of Jeff Pellegrin of the Louisiana Digital Gaming Initiative, and the dedicated staff and interns of the George Rodrigue Foundation of the Arts

Posted by Wendy Rodrigue Magnus at 10:00 AM