A Winter Adventure: Trapped in Gallup, Freed by a Meteor’s Crater

Not since I was a child at Ramstein Air Force Base in Germany* have I seen snow like we saw this week. Along with our friends Barbara and Tony Ricciardi of Carmel, California (who you might remember from our recent brush with death, “Swamp Women”), we traveled a short two hundred miles in a long nine hours, wishing we remained in Santa Fe, settling instead for the night in Gallup, New Mexico. 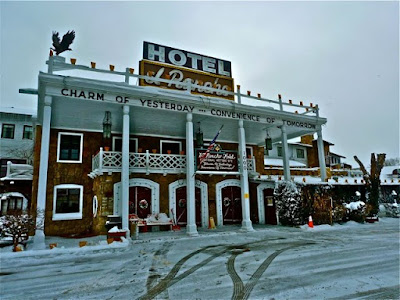 The El Rancho Hotel, at first glance a cross between the Overlook Hotel (in its façade and lobby) and the Bates Motel (in its rooms), was built in 1937 as a temporary home for actors filming westerns in the area. For sixty dollars, George and I checked into the ‘John Wayne Suite,’ a room we had trouble finding because someone stole its name from above the door.

These initial impressions belie the hotel’s Christmas decorations, including a live tree grand enough for Rockefeller Center, its pine smell masking the otherwise musty aroma of a hotel that saw its last update in the 1960s. 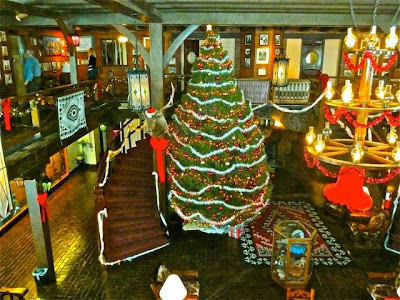 Our fellow travelers, all strangers diverted from the highway, joined us in the large lobby/sitting area, where we played checkers, drank margaritas from cactus-shaped glasses, perused old photographs of movie stars, traded stories of traffic accidents and weather predictions for the now-closed I-40, and discussed that day’s newspaper headlines:

“Beware of the Gallup Bed Bugs. What Can You Do?” 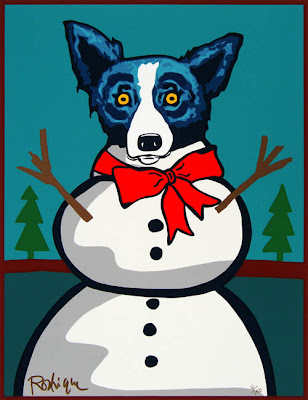 Cautiously, Barbara and I asked our husbands,

Do you think we’ll get stuck here for New Year’s Eve?

“Oh Man, Wouldn’t that be fantastic?” they cried. “What a place!”

Our friend Dana Waldon of Santa Fe describes Gallup and the El Rancho like this:

“First we shop at Zimmerman’s Western Wear and Richardson’s Pawn Shop, as Doug delights in the words ‘Carhartt’ and ‘Panhandle Slim,’ kind of like George and his obsession with the words and place ‘Fort Stockton.’

Then we retire to the Ronald Reagan Presidential Suite complete with wagon wheel headboards and a Moroccan style bathroom. It reminds me of something out of Blue Velvet.

Next morning is the Gallup Flea Market, without question my Tiffany & Co, followed by Dairy Queen and the gumball machine --- the only one I’ve ever seen that offers fluorescent cross necklaces. Last time I emptied twenty dollars worth of quarters to get as many as possible for my girlfriend’s birthday.” 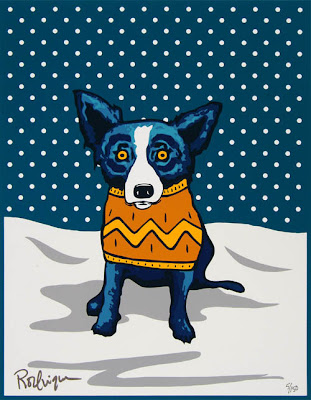 All true and oddly charming, and yet even the men were happy to hit the road at first light on the morning of December 31st. Tony scraped the windshield with a can of shaving cream while George dug out the tires with a cowboy boot. Barbara and I made our way like crippled old women across the parking lot, vowing to go down together should one of us slip. 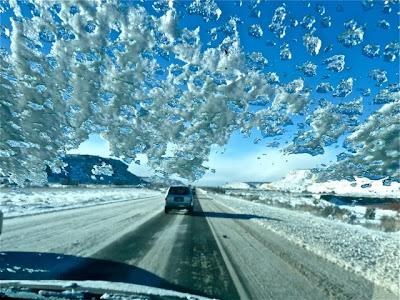 On the interstate we watched wide-eyed as cars slid into ravines or into each other. We waited patiently in traffic for emergency vehicles and snowplows and drove as though tiptoeing, terrified of our Cajun artist-driver’s new car’s abilities to grip the road. Eventually, now confident or crazy, we took a side trip off of the highway twenty miles west of Winslow, Arizona and traveled six miles on a frozen, narrow pavement to Meteor Crater.

50,000 years ago a meteor 150-feet wide entered earth’s atmosphere and disintegrated as it sped towards our planet at 26,000 miles per hour. Hitting the ground, the now tiny rock blew a hole one mile across and 550 feet deep.

George Rodrigue and I visit this crater, the best preserved in the world, every few years to stand on its edge and think about space and the fragility and miracle of our existence. This was our first encounter, however, in the snow. We stood in silence with our friends in the icy wind and temporarily forgot the below zero temperature… 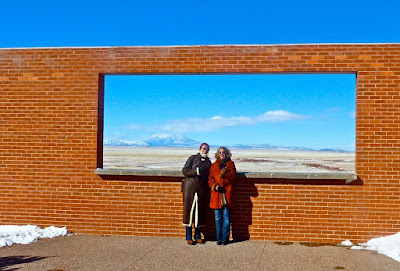 …that is, until we walked back to the car, posing briefly for “Eskimo Pie and Her Friend Klondike,” (above) an art-piece conceived by George and titled by Tony.

All images in this post by George Rodrigue, except for the snow on the windshield, photographed by Tony Ricciardi

For a related post, including our recent encounter with Tibetan Sand Painting visit "Tranquility from Chaos: The Meteor and the Mandala" 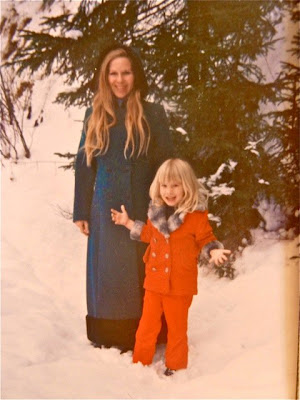 *Above, at Ramstein Air Force Base with Mignon, wearing her 'Doctor Zhivago Coat,' Germany, 1972