Saving an Oak Tree (for Romain)

said George Rodrigue when he found out about the 250-year old Youngsville Heritage Oak, destined for destruction next month to make room for a temporary road. 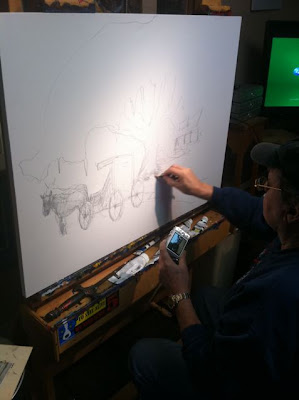 George’s connection to the small Louisiana town called Youngsville, near Lafayette, was his best friend Romain Fruge, who lived there near the end of his life. Originally from Arnaudville (like all Fruges), Romain was in the military, retired as a colonel, and worked for years in the space administration.

He told us stories of meeting Martin Luther King, Jr., flying across the world on missions for the President, and exploding large balloons in space. After retirement in the early 1980s, Romain returned to the Lafayette area, eventually purchasing a house in the community of Youngsville, settled by the Acadians in the early 1800s. 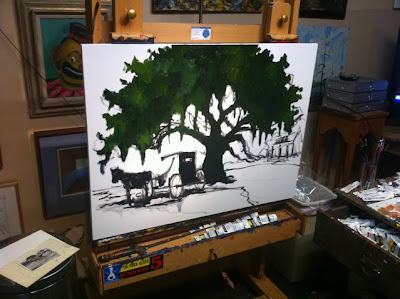 Romain traveled with George and later the two of us, exaggerating our adventures with his presence. He loved women of all shapes, ages, and sizes, introducing himself as the ‘Radiator of the Universe,’ a man whose favorite sound was the swish of silk lingerie moving between a woman’s thighs, and whose favorite area on a woman’s body was “that place between the bottom of the panty and the top of the stocking, known as the garter gap.” 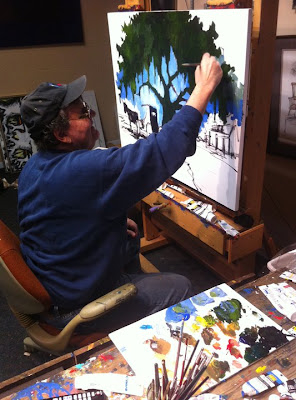 Together Romain and George visited Morvant’s Bar & Grill, probably the most famous place in Youngsville, a hamburger joint established more than fifty years ago. They traveled the United States and Europe opening art exhibitions, and they hit the road every few weeks in George's blue van, delivering paintings to clients. They spent nearly every day together for close to twenty years. 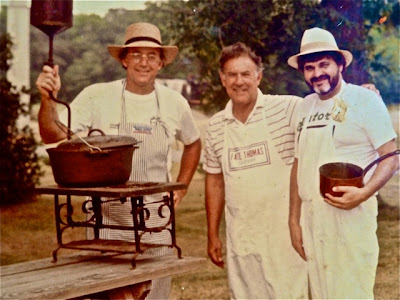 George speaks about his old friend:

“Romain was the first person I knew who really loved oak trees. After he bought the house in a Youngsville subdivision, he complained that they cut down too many trees. In response, he bought two five-year old live oaks from some nursery in Lafayette, planting one in his front yard and one in the back. It was important, he said, for the next generation of people that would live in his house.” 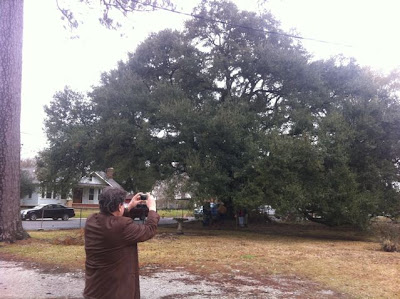 George and Romain established their history not only through art and friendship, but also through Flora Levy, Romain’s bank teller in Lafayette for many years. She inherited late in life a large estate from her two brothers, leaving all of the money and land upon her death to the University of Louisiana at Lafayette (then called the University of Southwest Louisiana). During her later years she funded the Flora Levy Lecture series at USL, featuring such distinguished speakers as Walker Percy, Isaac Singer, and Bruno Bettelheim.

(pictured, portraits by George Rodrigue for the Flora Levy Lecture Series, 1980s; to see all ten portraits from this series, visit here) 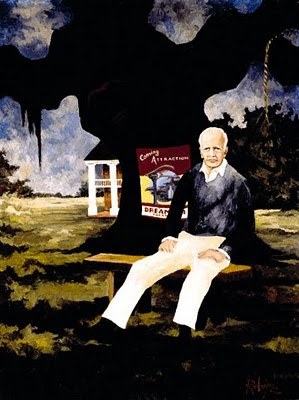 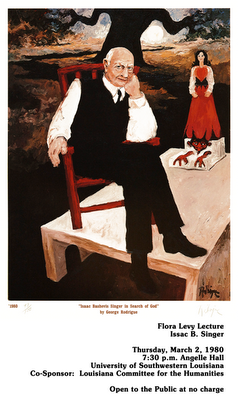 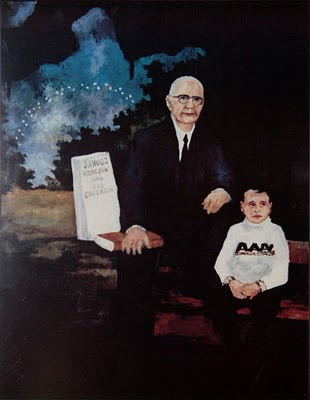 As a last request before her death, Flora commissioned George to paint her portrait. The university, however, argued among its staff for years about placement, and so under bizarre circumstances it hung over Romain’s bed for more than a decade, until his death in 2002.

Today George avoids these sorts of conflicts and commissions. He painted the Youngsville Heritage Oak quickly, over about fifty hours this week, with a personal goal in mind. He’s on a mission, making prints of this painting to raise at least $250,000, with hopes that the city might move the road, cancel the road, or as a very last resort, move the tree. 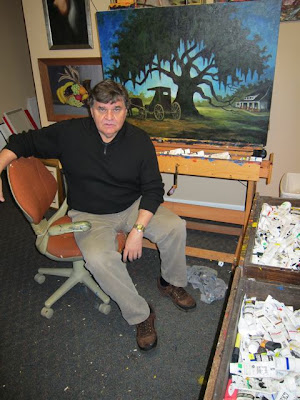 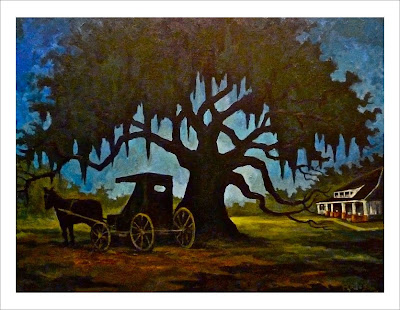 “The city of Youngsville owns the tree. If this were my decision, the oak would stay exactly where it is, and the road would go around it. My goal is to stop them from making sawdust out of this magnificent monument to our Cajun heritage.

"This painting is typical of my classic oak tree style. I first started painting these trees in the late 1960s and early 1970s after returning from art school in California and realizing Louisiana’s unique culture and landscape compared to the rest of the country. I cut the shape of the oak off at the top of my canvas so that we see the sky from beneath the tree, just as one sees it while standing in the shade of the Youngsville Heritage Oak." 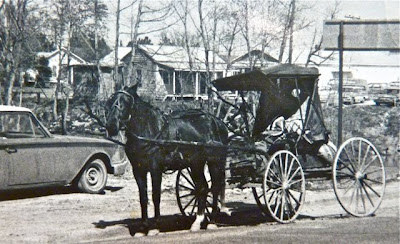 "The house in the painting stands today near this magnificent tree, and the horse and buggy (not as bygone as one might think) come from a photograph (above) I shot outside of a country store in the Fruge hometown of Arnaudville in 1967, when farmers in the area still used this form of transportation.” – G.R. 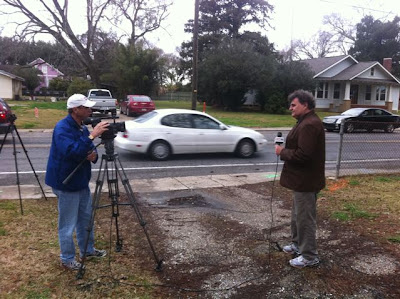 (Pictured above, George Rodrigue pleads with the public to help him save the Youngsville Oak)

I leave you with a short but sweet story about our friend Romain, who lived with us in Lafayette between 1997 and 1999. One evening around dinnertime he walked through the kitchen on his way out of the door, as he had every night since moving out of our house and to Youngsville a few months before. Still romantic and vain when it came to the ladies, he refused to wear his hearing aid, lest its appearance cramp his style.

“Romain,” I asked, “Do you want to stay for dinner? We’re having cannelloni.”

He looked at me sadly and replied, 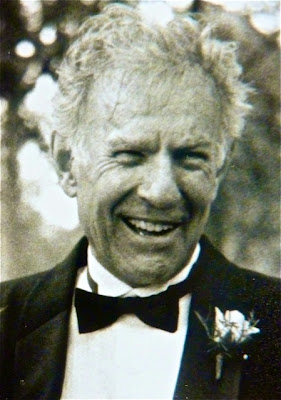 Learn more about saving the Youngsville Heritage Oak, and purchase the print featured in this post by visiting here

Also this week: "Steve Martin: Art Collector," From King Tut to An Object of Beauty

Posted by Wendy Rodrigue Magnus at 8:10 AM